Colombia defeated Paraguay 2 – 1 thanks to a goal and an assist from captain James Rodriguez.

Below are a few photos from the match. The entire set is at my flickr. 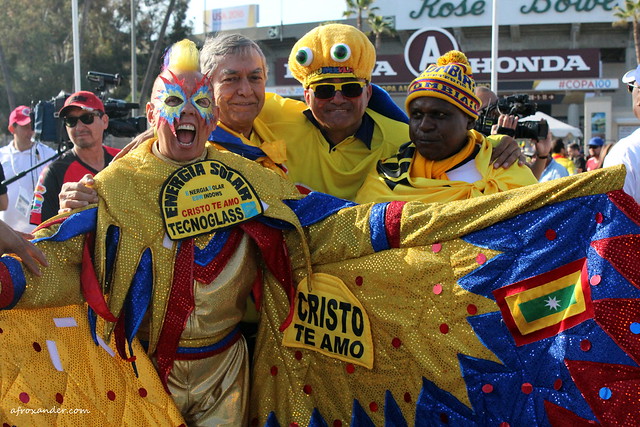 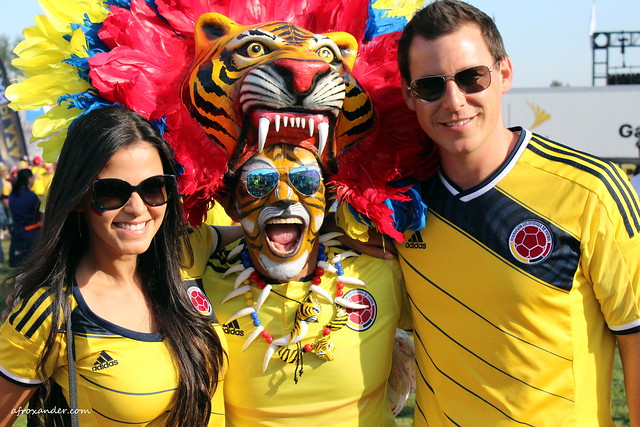 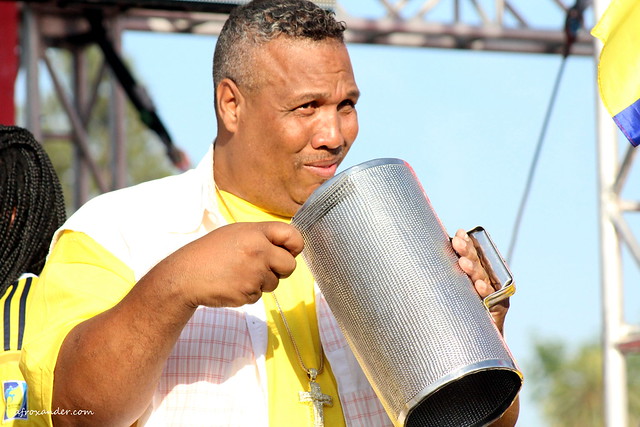 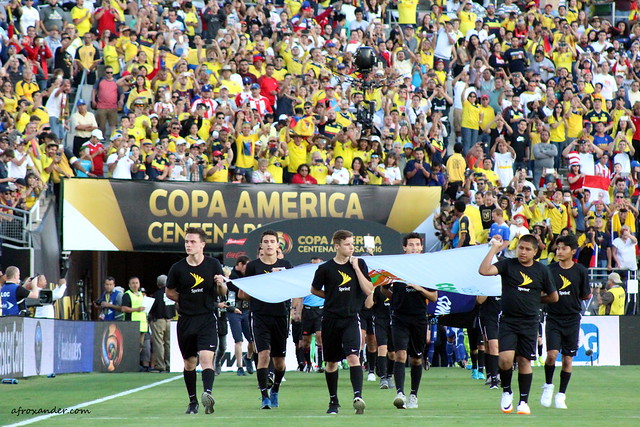 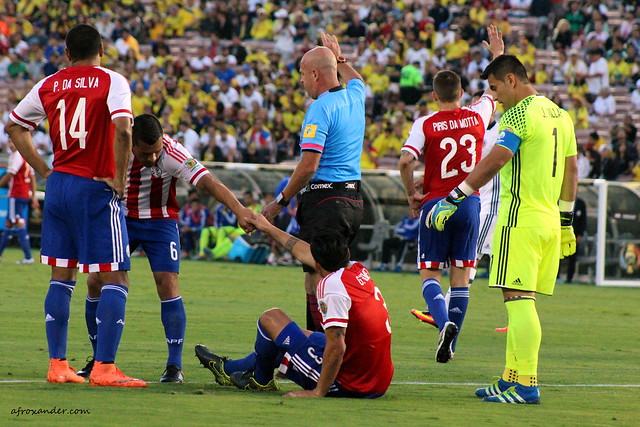 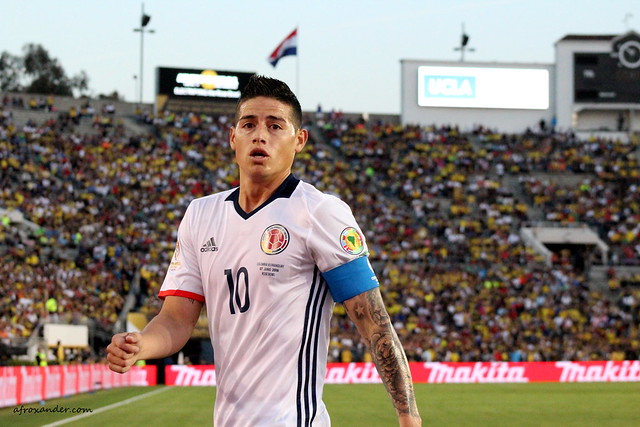 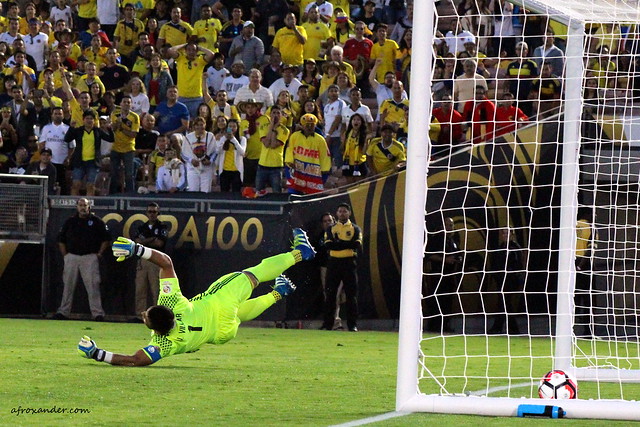 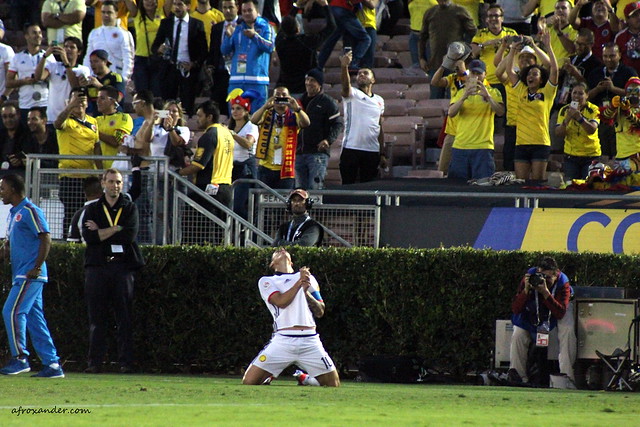 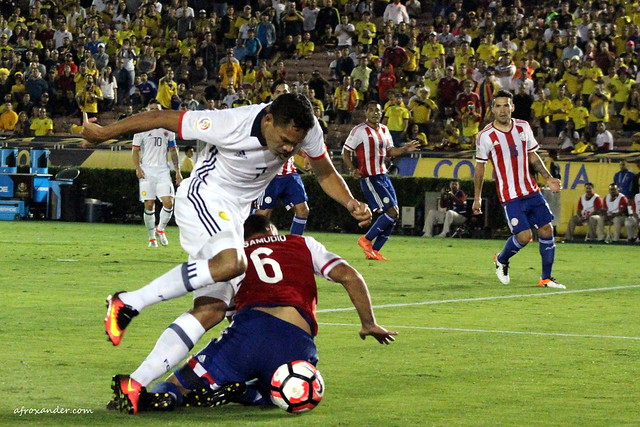 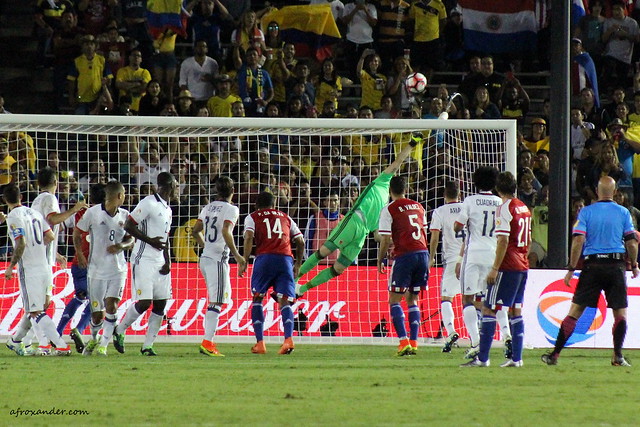 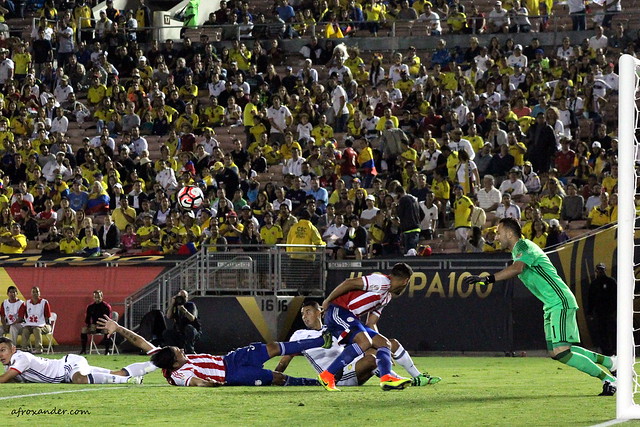 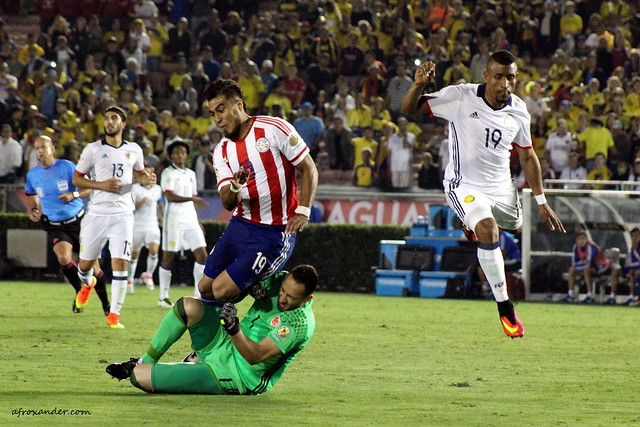 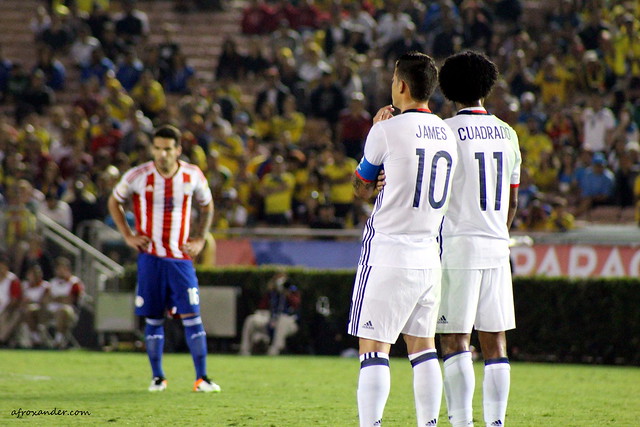 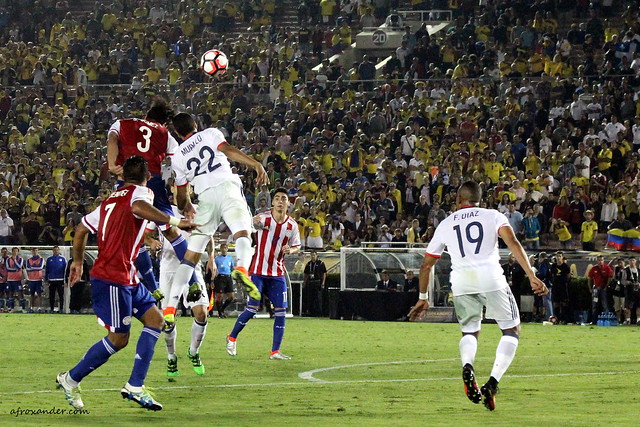 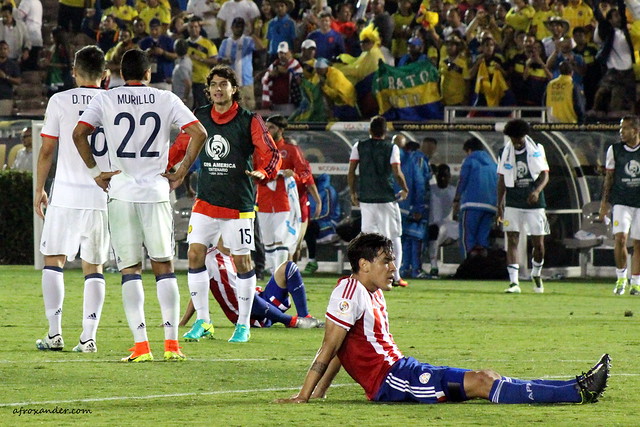 Ondatrópica is a supergroup from Colombia that represents the face of cumbia, the traditional music of Colombia, today. The group is led by Mario Galeano of Frente Cumbiero and Will “Quantic” Holland who gathered more than 40 musicians, veterans and fresh-faces alike, in Disco Fuentes‘ recording studios for a weeks-long recording session that resulted in an amazing self-titled debut that covers the spectrum of cumbia (traditional, modern, international, etc.) from its golden age to the present day.

I had the privilege of interviewing Galeano and Quantic by e-mail for Remezcla and the absolute pleasure of watching Ondatrópica live at The Mayan Theater in L.A. with opening acts Very Be Careful, Buyepongo and Chicano Batman.

An excerpt from Q&A: Ondatrópica, Conquering the World with Cumbia:

Who came up with the idea of covering Black Sabbath’s “Iron Man?”

Q: Covering “Iron Man” was something that came out of thinking about doing versions of English songs. Naturally, we started thinking about Led Zeppelin or Black Sabbath. Out of Black Sabbath, we thought it’d be really cool to do a metal song, like a heavy rock song, especially because Colombia is so into Sabbath. There was “Paranoid” and a few other options, but “Iron Man” just seemed like the most useable for a banda. We always imagined a brass band playing that, and I think it came out to be more elegant than we imagined. We thought it was going to be quite drunk and the rum/ron wordplay just came out of being in the studio. I remember we had a bottle of rum at the time and it was just like a quick moment: “Hang on. I. Ron. Man.”

M: Yeah, it was just something very fresh that came out in the studio, as a lot of other things. We were not following a script or something that was prepared 100%. We were laughing, making jokes, playing around, and chilling out. These types of things happen in creative environments, like here in Discos Fuentes studio. I’m pretty sure “I. Ron. Man.” is one song Ozzy Osbourne didn’t imagine having it covered this way. We definitely have to show it to him, and have him drink some Colombian rum.

A few photos from their concert at The Mayan that I took for LA Weekly: