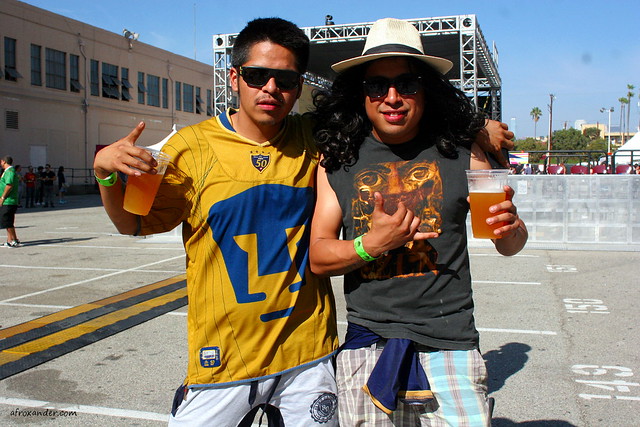 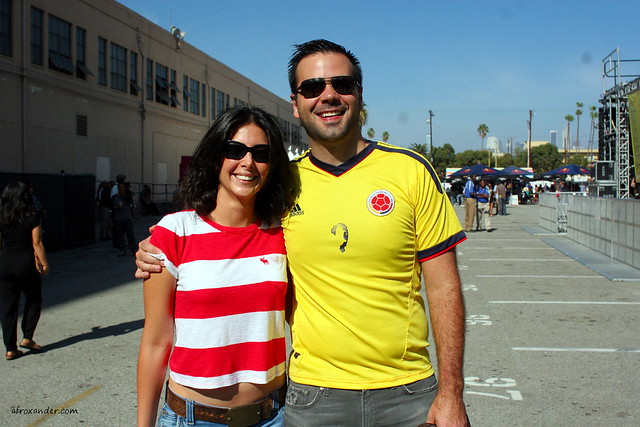 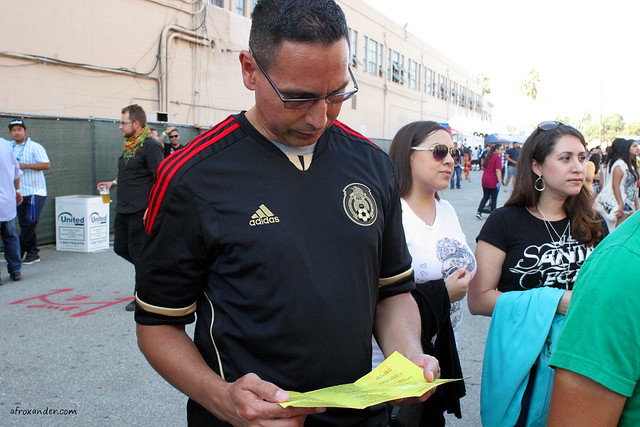 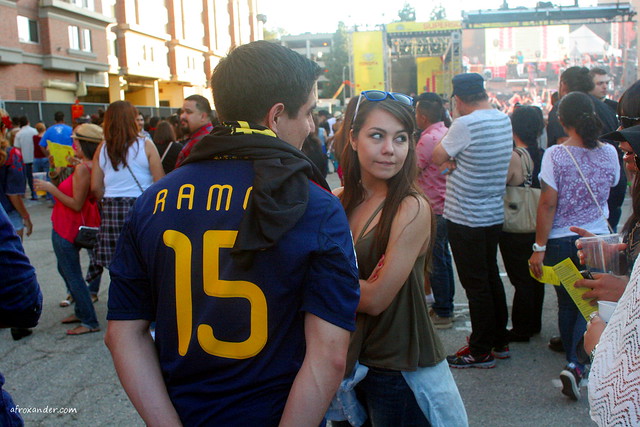 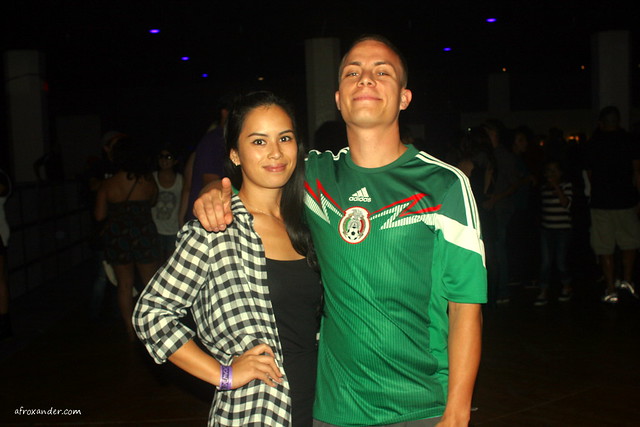 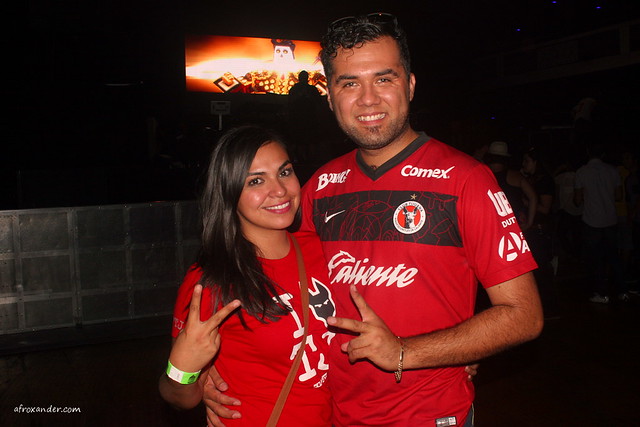 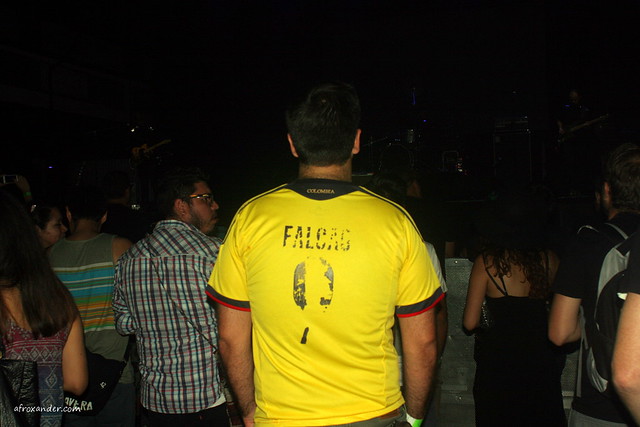 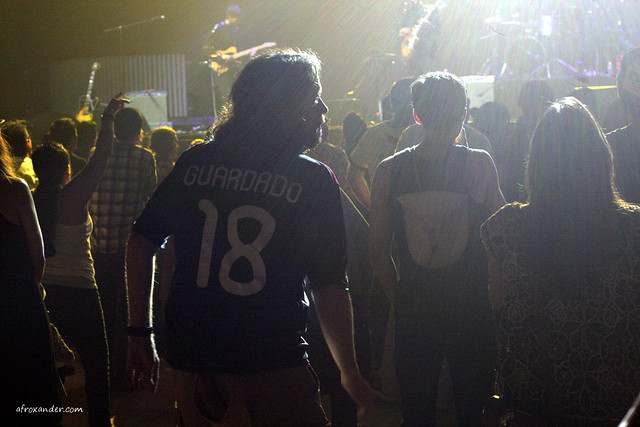 The US national team started 2014 with a bang as forward Chris Wondolowski opened the match with a goal at the four-minute mark. Unfortunately, Team USA fans watching on ESPN2 missed it. The station continued to show the final minutes of college basketball match between Clemson and Florida State.

Seven minutes into the game and the station finally switched over. As you can expect, this didn’t sit too well with USMNT fans who watched the game on ESPN2.

I friggin' hate basketball. The last 2 minutes of this game have been 5 minutes now. Just run a damn clock. I want my #USMNT game!

Serious, @espn wtf – How the heck does college basketball trump country based soccer? At least put it on an alternate.

Hey ESPN how about you turn on the USMNT Vs South Korea match!

Good thing I watch soccer on #unimas and not #espn2 #USMNT

Damn you #Espn2 I missed the first goal because y'all can't get your timing right! Yeah I'm pissed! #USAvKOR

This damn basketball game had 10 sec left 5 mins ago! I missed a goal because of you! & the app keeps telling me I cant watch #ESPN #ESPN2

The game wasn’t a official FIFA matchday and not an incredibly important one in general besides it being a warm-up/team tweak for the World Cup. However, it’s a sad state of affairs at ESPN when a college basketball game is considered more important than a soccer game featuring the national team, especially in light of the team’s very successful 2013 campaign.

What does it mean when Spanish-language UniMas shows the same game from beginning to end when English-language ESPN doesn’t? This on top of the fact that ESPN/NBC lost viewers in its MLS coverage while UniMas actually gained viewers:

The Spanish-language audience on UniMas increased almost 6 percent from last year’s audience to 514,000 viewers, more than double what they were only three years ago on another Univision network, Galavision.

The numbers are consistent with the trend during the 2013 regular season. Univision reported that the average viewers on UniMas’ MLS regular-season broadcasts (223,000) topped those on ESPN2 (181,000).

Sports Business Daily had reported that the average viewership dropped 29 percent on ESPN/ESPN and 8 percent to 112,000 on NBCSN (which had benefited in 2012 from usually high viewerships due to lead-ins from its London Olympics coverage).

This story originally appeared on Voxxi.

As the Mexican national team took out its World Cup qualifying frustrations on low-ranked New Zealand last week, Sports Illustrated journalist Grant Wahl took to Twitter to describe the months-long drama as “the best telenovela ever.” He may be more correct than he realizes if sports journalist Miguel Pazcabrales is right.

Pazcabrales has outlined in his column Los Demonios Del Deporte what he believes is the return of Televisa’s hand in controlling the Federacion Mexicana de Futbol Asociacion (FMF).

Much like the return of the Partido Revolucionario Institutional (PRI) to power, the conglomerate is the ousted hand of power that has returned to rock the cradle.

“I no longer believe that it’s a coincidence,” exclaims Pazcabrales, “that every time the World Cup draws near, Mexico is always at risk of not qualifying.”

He cites as evidence El Tri’s rescue at the hands of Javier Aguirre from the failures of Sven Gorak-Eriksson and Enrique Meza and the intervention of Manuel Lapuente in the run-up to the World Cup ‘98.

The current managerial crisis that has seen four managers take over El Tri in a little over a month is an exaggerated, almost cartoon-like version of Televisa’s past attempts at creating drama on a national scale with football as its main protagonist.

Through shrewd, opportunistic maneuvers, the largest multimedia company in Mexico (and second largest in Latin America) has worked behind the scenes to “rescue” the federation and the national team on various occasions, purposefully creating a real-life soap opera surrounding the country’s pastime in order to advance their profits by controlling broadcasting rights and bombarding Tri fans with merchandise, advertisements, and more.

The current version of this manufactured crisis begins in 2011 with the appointment of Jose Manuel de la Torre.

Two successful years as coach came to an end in 2013 after a dismal record in the CONCACAF qualifiers and the Confederations Cup.

Luis Fernando Tena took over for one game and Victor Manuel Vucetich lasted two games before being forced out by the FMF (the circumstances of which are incredibly suspicious) in favor of current coach Miguel Herrera.

Herrera, his coaching staff, and his squad of Club America players were loaned to the FMF by its owners to secure Mexico’s place in the World Cup. Unfortunately, this telenovela has more groan-inducing twists than every film by M. Night Shyamalan combined.

Plot twist #2: FMF president Justino Compean is a former employee of Televisa with stints as head of Club Necaxa and, the cradle of Mexico’s soccer universe, the Estadio Azteca. He was promoted to the biggest seat in the FMF thanks to the collusion of Televisa and its competitor TV Azteca in a bid to protect their mutual interests in football revenue.

Plot twist #3: Billionaire Carlos Slim, owner of TelMex and America Movil, has made numerous maneuvers into Televisa’s territory. He recently purchased Estudiantes Tecos as well as shares in C.F. Pachuca and Club Leon. This gives him extra clout in the FMF (league owners have a vote/say in the FMF’s operations) and the broadcast rights for their games, drawing the ire of Televisa and TV Azteca who were the league’s broadcasting duopoly for many years.

Plot twist #4: Jorge Vergara is the owner of Chivas de Guadalajara, Club America’s fiercest rival. It was long-rumored that Slim was interested in purchasing Chivas plus a few of his other properties. Vergara’s revolving door record with his club’s coaches mirrors the current situation with the FMF.

Mexico’s greatest footballer Hugo Sanchez said it best in a recent column for El Universal where he spoke out against the owners and higher-ups of the FMF for treating his beloved sport as nothing more than a toy for them to make money off of.

“The saddest part of this story…is that people are oblivious,” he said, “and they continue being manipulated and conditioned into believing that the players and the coaches are to blame for this crisis we have befallen. They are absolutely mistaken.”

Unfortunately for Sanchez and Tri fans everywhere, only Televisa knows how this telenovela will end.

I’ve been working on a monthly column for Remezcla titled Your Guide to Clásicos De Fútbol Rivalries. Since February, I’ve been writing about the rivalry between a pair of teams in Latin America (with one exception for the FC Barcelona/Real Madrid F.C. rivalry in Spain) and delve into their history, crazy fans and more.

The archive of stories can be found HERE and so far include:

I still have PLENTY of more rivalries to write about. My next column will focus on a rivalry from Costa Rica in anticipation of this month’s CONCACAF Champions League match between LA Galaxy and C.S. Cartaginés in L.A.

This Saturday’s match between FC Barcelona (Barça) and Real Madrid (Los Blancos) will mark the 216th/241st (official/friendly match tally) time the Spanish teams have faced each other on the field. The game is known as El Clásico (The Classic) or El Derbi Español and has grown to become the most watched, most anticipated and most intense rivalry in sports today.

The rivalry exists thanks to a number of cultural, historical, and political reasons.

From Xoel Cardenas for Bleacher Report:

Real Madrid has always been seen as a symbol of Spanish pride and nationalism. Most Madridistas in Spain are Castilians who share relatively conservative political and social views. Most Real Madrid fans in Spain are loyal to the monarchy and continue to value monarchical traditions.

Catalonia has a long history of defending itself against the suppression of its autonomy and its culture from monarchic forces beginning with the rise of the Kingdom of Spain in the 13th century culminating with the fall of Barcelona on September 11, 1714.

The 20th century saw a number of major developments in politics and sports in the country. FC Barcelona was established in 1899 (yes, technically that’s the 19th century but we’ll give it some leeway) and Real Madrid in 1902. King Alfonso XIII assumed power in 1902 and the Copa Del Rey (The King’s Cup) was established to celebrate his coronation. It was in this tournament that both teams met for the first time.