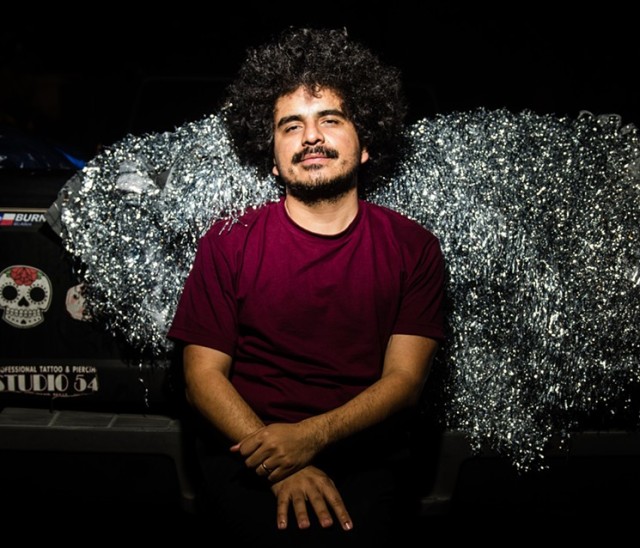 There will be a point this coming Thursday night when Helado Negro, the musical alter ego of Roberto Carlos Lange, will kick up a wave of high-pitched sounds off his synthesizer and lead the crowd at the Regent Theater into a chorus about being “young, Latin and proud.” The song, which turns 2 years old this summer, continues to serve as an anthem for a generation of Latinos growing up in Trump’s America, a development Lange never expected.

“Absolutely, it caught me by surprise,” the multitalented Lange admits over the phone. “The song was made for me and was more of an intimate song. We had a few shows and, kind of the way the world works in trying to get people to know that you have a new show coming up, we thought it would be a good idea to release a new song, and I thought, ‘Oh, this would be a great song for summertime.’”

Lange released “Young, Latin and Proud” just as candidate Trump was calling Mexican immigrants rapists and criminals. “A lot of people have commented to me that they found the song to be somewhat of a reinforcement of an anti-Trump idea,” he says. But he insists the song wasn’t intended as a response to Trump: “It was just music that I was making that I’ve always made since day one, since the first record. A lot of my music has been covering the same themes. People pick up on it later in time.”

Read the rest at LA Weekly.

Afroxander is the nom de guerre for writer/photographer Ivan Fernandez, based in Southern California. He currently writes for L.A. Taco and Gamecrate while studying at San Diego State University.
View all posts by Afroxander →
This entry was posted in Latino, Music, Uncategorized and tagged Helado Negro, LA Weekly, The Regent. Bookmark the permalink.